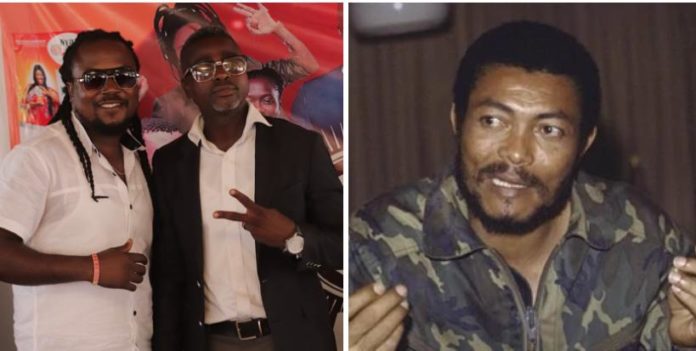 One of the pioneers of hiplife, Chicago who is now known as Tordia Tsikago has explained the reason behind his long absence from the music scene after years of dominating the music industry with hits upon hits and performing on great stages.

The prolific rapper revealed in an interview with MzGee on Showbuzz that, despite being one of the hottest hiplife artistes in the early 2000s, he realized that they would come at a time, his influence on the music industry would wane, and the best he could do for himself is by furthering his education.

“Despite being one of the hitmakers in my era, I knew there would come a time, I would not be on top again because no king rules forever. So I decided to further my education to have a befitting future for myself and my family.”

In his further submission upon his being asked about how seeks to penetrate the highly competitive music industry which is currently dominated by fresh talents, he recounted that, per his pedigree as a veteran in the industry, he has had an amazing experience over the years and would know how to reinvent himself into the industry again.

He also expressed his eagerness to work with 2020 VGMAs Artiste of the Year, Kuami Eugene because he is the hottest artist at the moment.

“The new generation is doing very well, Kuami Eugene is good. I would love to work with him.” He disclosed.

When he was quizzed by MzGee on why he didn’t mention Edem, as an artist he would love to work with, he said ” Edem is a very dope and very great artiste. He has projected the Ewe tribe from where I ended to a height where I’m very much satisfied. My respect for him just skyrocketed and my soul is at rest now.”

He further clarified how dreadful his beef with Ex-Doe was, describing the moments where the Ex-President of Ghana, H.E. Jerry John Rawlings, through Alhaji Sidiku Buari who was then the President of Musicians Union of Ghana (MUSIGA), helped to settle their differences amicably.