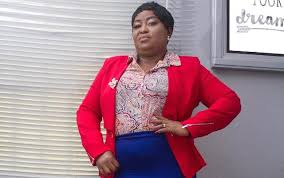 Eshun’s Former Manager and ex-boyfriend Stephen Mensah appears to have been thrown a lifeline as CEO of record label Darling Music, Mimi Andani Michaels says she is willing to let go the GHC 500,000 she is demanding from him.

The woes of Stephen Mensah deepened with the latest scandal to hit him being the demand from Mimi that he should stop Naana Blu from releasing new songs or prepare to refund the whooping  half a million cedis she invested in her. 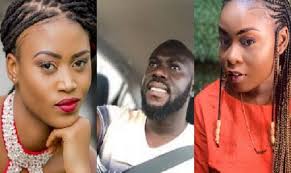 According to Mimi, Naana Blu known officially as Abigail Mensah signed onto her label  with the stage name ‘cutie” and has not formally terminated her contract with Darling Music.

However, in a recent turn of event, the director of Golden Movie Awards is softening her stance on the matter as she now wants to have a talk with Stephen Mensah for them to agree on the way forward.

Mimi explained that dragging the matter would put the future of NaaNa Blu in jeopardy and that she was pushed to put this out because of the alleged abuse singer Eshun suffered in the hands of Stephen Mensah, whilst he was acting as her manager.

“I felt that abuse that the lady was talking about…as a mother, I was like like ‘somebody’s child’. Look at the girl saying how she can go hungry and all. And so I was like ‘you are treating somebody like this and me I have given my artist to you for free. You have not even come to me. You have disrespected me but I’ve taken it cool with you because of the girl. So let’s come to the table. Genuinely I like NaaNa Blu like a sister and I don’t want to destroy her future so Quophi should come to me. If he really wants to help her, he should come because I am demanding it.

She also appears to be sympathetic towards the cause of Stephen Mensah now when it comes his dealings with Eshun as she urged him to open up and let the world know his side of the story.

“I can feel from his voice that he has a defense that could change the narrative but he is probably considering what could come out of it. But in this phase he is taking all the bullet and that thing comes from culture. He should relax and come and explain himself to defend himself as a human being not as a man. Quophi, I think that you should explain. You should also be able to clear some of the dilemmas or else this is going to hand on your neck forever because you never explained so everybody is taking Eshun’s side.