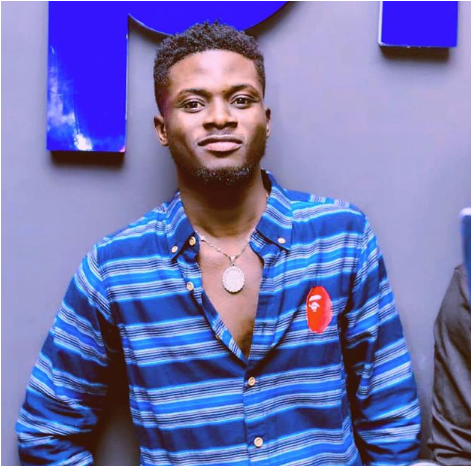 Kuami Eugene has said he is capable of hosting a 2 hour show with all his hit songs.

The ‘Obiaato’ crooner indicated that he has over 15 years under his belt since breaking through the industry in less that 3 years.

In a conversation with MzGee on ShowBuzz on 3FM, the Lynx Entertainment signee said this in reaction to Stonebwoy’s 40 year comment.

While performing at the Awards ceremony, the dancehall artiste declared that it will take the Ghanaian music industry 40 years to replace Shatta Wale, Sarkodie and himself.

But Kuami Eugene who disagreed to the comment said: ” 40 years is too much. He should reduce it a bit to about 2 years. If anyone is comparing us to Shatta Wale, Stonebwoy and Sarkodie then that person is making a big mistake because they have been in the industry for about 10 to 15 years.

Eugene who coyly dodged the answer of how long it will take him and other artistes in his era to reach the status of Shatta Wale, Stonebwoy and Sarkodie added that ” I’ve been around for only 3 years and I made my first hit song when I was only 19. I have about 15 hit songs and I can play my own 2 hour show. I played my rockstarr concert which I started in Kumasi. I have ‘Album of the Year’ award, I’ve won multiple awards.”

He however insisted that he firmly believes that in 2 or 3 years newly emerged artistes can get to the Shatta Wale, Stonebwoy and Sarkodie level.