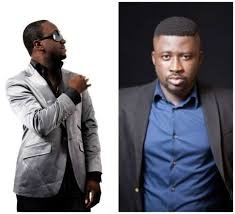 Chief Executive of Lynx Entertainment, Richie Mensah says he is no position to judge the recent conduct of his former signee Rapper Asem.

After throwing shades at award-winning rapper Sarkodie and calling him wack, ASEM is on the tail of rapper Amerado and his team, accusing them of stealing his musical ideas.

In an interview with Mzgee, the CEO of Lynx Entertainment acknowledged being aware of ASEM’s recent behaviour on social media but says he cannot form a proper opinion on the matter and he does not fully understand what the rapper is up to.

“I’ve done music for so long that until I have all the facts, I don’t like to really judge because sometimes, you can see somebody going on social media and talking plenty. Sometimes, it’s just being done to hype. Sometimes too, they really want to vent. So until I actually know why ASEM has been on social media, I don’t know whether I should be worried or I shouldn’t. I just see it that he is posting.

Richie Mensah further disclosed that he has not been in contact with his former artist in the long while.