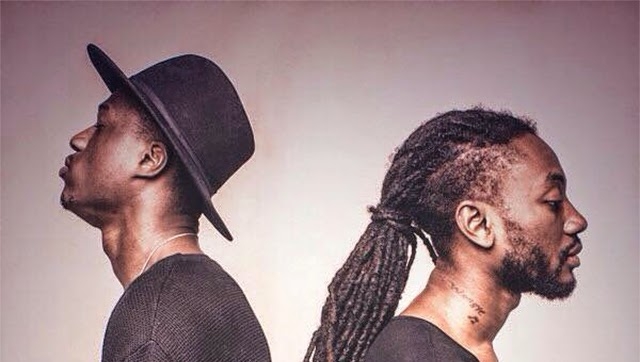 Ghanaian Hiphop star, Pappy Kojo has said there is no way he can obey the instructions of his BFF, Joey B.

According to him, Joey is not his boss hence he can not instruct him on what to do.

The Fante Van Damme made this comment in an interview with MzGee while responding to questions pertaining to their resolved ‘beef’.

He explained although he has no idea of the issues that led to their fall out, it wasn’t strange as brothers fight all the time.

On what led to the fight, the ‘Balance’ hitmaker said: ” I can never fight with someone who has been there for me. So it was definitely not from my side. So if anything, you’ll have to ask Joey B,”

Asked if he disobeyed the ‘Strawberry Ginger’ hitmaker, Pappy stated: “No, I can’t obey Joey B. Joey B is not my boss. I’m actually older than him.”

“It was so confusing when me and him were going back and forth. I didn’t understand the whole thing because he’s my brother and I tatooed his name and everything so I couldn’t understand. And I still don’t understand certain things.”

He also denied his rumoured relationship with actress, Yvonne Nelson ruined their bromance.