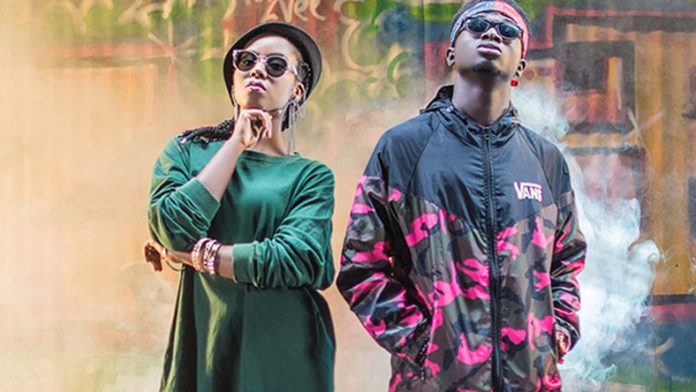 Lynx Entertainment signee, Kuami Eugene has admitted he failed to wish fellow signee, MzVee a happy birthday fueling speculations of her exit from the label.

The 2019 VGMA ‘Artiste of the Year’ nominee explained that he coincidentally had a busy day on the same day that happened to be her birthday.

According to him, he spent the day with his grandmother who happened to be sick.

Mzvee whose last work ‘Bend Down’, was a collaboration with Kuami Eugene in September 2018 celebrated her birthday last month but was conspicuously snubbed by all label mates.

This got social media users talking as some were of the view that MzVee snubbing Eugene on his 22nd birthday in February made him retaliate.

But Kuame Eugene who spoke to MzGee in an interview said that was not the case.

” I don’t remember if MzVee called me on my birthday but I didn’t wish her because I was with my grandmum on that very day who wasn’t well,”

He however explained that he met up with her later that week.

” Days after, we met and we spoke. We met at a restaurant around Achimota”. Kuami Eugene tole MzGee.