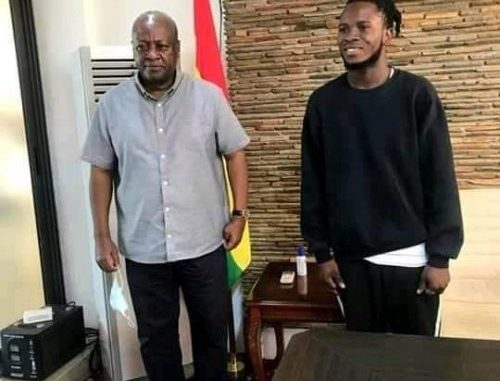 *” Obuasi-based musician Kojo Bee known for his hit single Mahama Afa dedicated to the National Democratic Congress has revealed the reason behind his composing Mahama Afa for the NDC.

In an interview with MzGee, the fast-rising singer opined that he composed the song for the party due to his admiration for the flag bearer of the NDC, and was never contracted by any means.

Citing that after composing the song he reached out to the party executives who expressed interest in the song, after which he was also informed the former statesman John Mahama has officially adopted the song for his campaign.

“I didn’t compose the song for money, but my admiration for John Mahama. I composed the song and I forwarded it to some bigwigs in the Ashanti region who also forwarded the song to the leader, who expressed interest in using the song as his official campaign song.” He revealed

According to him, he had already planned on helping the party and the only way to fulfill his heart desire is by using his voice as an artist to compose a song for his party.

He added that although he didn’t sell the song to the NDC, he has been rewarded handsomely for his hard work.

“I never sold the song to the party but they have shown appreciation for my contributions to the party in this year’s elections. I am hoping more would come in the future.” He explained.