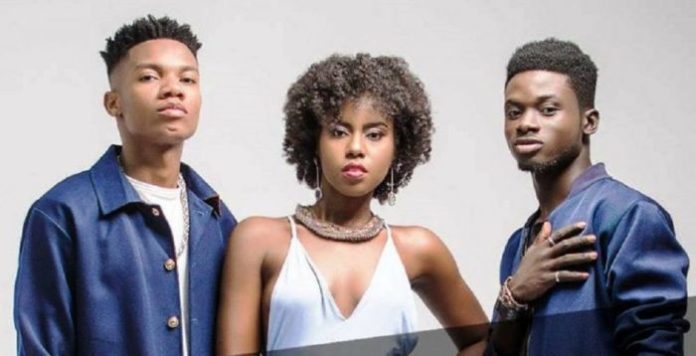 Ghanaian songstress, MzVee has debunked claims that she left Lynx Entertainment because she felt threatened by fellow signees, Kuami Eugene and Kidi.

The ‘Come and see my mother’ hitmaker explained that she was rather excited when the two were later signed onto the label and they were all at good terms with each other.

Speaking in an interview with Berla Mundi on TV3’s New Day, MzVee explained that she did not leave the label but rather she had left music due to the depression she was suffering at that time.

” These boys are so sweet. They are my younger brothers. I never felt threatened by them because honestly speaking I was glad they came on board because before them I kind of felt lonely.” MzVee stated

Born Vera Hamenoo-Kpeda, the talented songstress added that:“But when they came on board, we used to go to shows together and it was fun. It was actually fun times with them. The thing is I didn’t leave Lynx, I left music. I gave up on music 2 years ago. Its very emotional because I was super super depressed.”

MzVee is currently promoting her new single after her 2 year hiatus titled “Sheriff”.