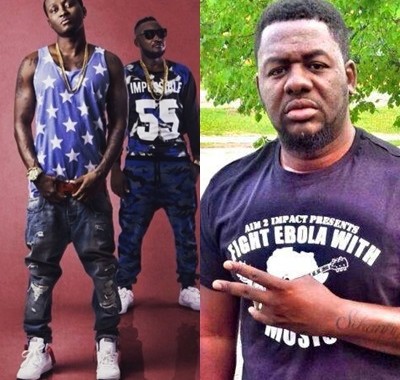 The CEO of BullHaus Entertainment noted that his aim while managing the group was to contribute to the development of the industry.

Speaking on 3FM’s Showbiz927 with MzGee, Bulldog noted that he has no intention of managing the group anymore.

” I didn’t get into this business by now. I would have been a billionaire by now. I got into the music business to inspire a generation and to contribute to what we had. I was someone who came into the industry to invest. I didn’t make money off them. But the contribution I made is paying off.” He stated

Asked if he will manage the group should they approach him, Bulldog retorted: “I don’t think I still have that energy. I don’t know if I’m in the same groove. I would contribute if they approach but I won’t be a pillar-like I was before. I would love to form a team and advice, and because I know the path, I will show”.

Bulldog further credited 5Five for the birth of music genre, Afrobeat in Africa.