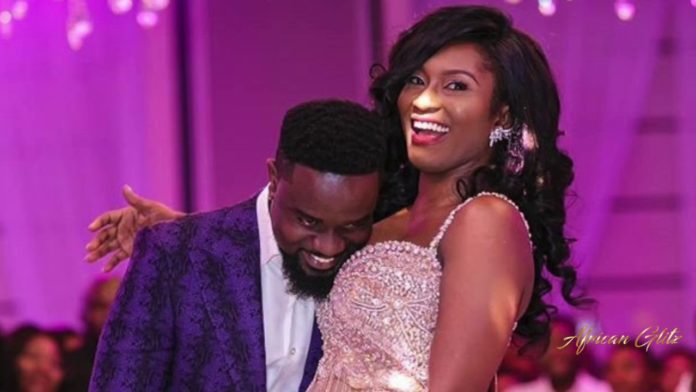 Ghana’s rap king, Sarkodie has disclosed his wife Tracy has always been a huge fan of singer, King Promise.

The ‘Bleeding’ rapper revealed that his attention was first drawn to King Promise’ talent through his wife.

Speaking to MzGee at King Promise’ album listening session, the multiple award winning rapper stated that although he had always been a fan of the ‘Selfish’ hitmaker, his wife’s keen interest in the singer made him pay a closer attention to his talent.

The Sarkcess music boss stated that he recorded his hit single, ‘Can’t let go’ with King Promise long before his wedding.

” I was shooting a video and he was there and the location was quite close to my house so I told him we’ll go to my house after the shoot. When we got to my house, we decided to record but it sounded like a wedding song and that’s why we decided to use it for the wedding.”