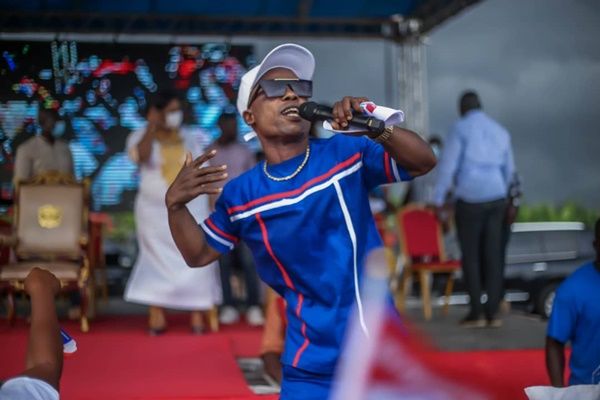 The composer of the official campaign song for the New Patriotic Party, Passco Abrantie has revealed that he composed the song ‘ 4 MORE 4 NANA’ in 2018 after he was satisfied with the works of the President.
Speaking to MzGee on 3FM, Passco revealed that he wrote the song to reflect the impact of Akuffo Addo’s term of office especially the Free Senior High School on the lives of the people.

“I composed the song in 2018 after I saw that Nana Addo has fulfilled most of the promises he made during his campaign in 2016. He brought the Free Senior High School after eight months in office. I monitored him to see if he would deliver as promised and he did that very well so he deserves four more”.

According to Passco Aberantie, he is a card bearing member of NPP and he had distributed one thousand copies of the song to the party executives in 2018 without expecting anything from the party, unlike other celebrities who use these means to enrich themselves.

He then disclosed that he has been invited by His Excellency Akuffo Addo to his residence and he is yet to honor the invitation.

“I distributed one thousand copies of the song to the party executives without taking a dime. I am not like the musicians who would compose a song three months to elections to make money. I’ve been invited by the President to his house and I’m yet to go. I love the party so much and it’s not always about money.” he clarified

He further added that he named his son William Nana Addo Dankwa Akuffo Addo after the President in 2015.