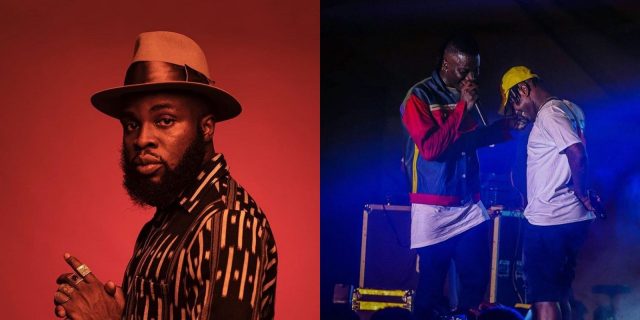 According to him, he was approached by Kelvynboy to feature on the song and not the other way around.

The ‘godMC’ in an interview with MzGee on 3FM’s Showbuzz stated that the ‘Yawa No Dey’ song which was released by Stonebwoy’s protege Kelvynboy was not to spite anyone.

” I didn’t put Kelvynboy on. He approached me to work on a song and we did it. The song is a beautiful song. Many people can relate to it in different aspects of their lives. Because Yawa No dey, its not a song that says Yawa Dey,”

“I don’t like over explaining songs. People can listen for themselves and see what it means” the ‘Nowhere Cool’ rapper said.

The Two time VGMA rapper of the year winner added that he has recorded songs with Stonebwoy and they have no issues.

” I don’t have issues with Stonebwoy. We’ve recorded music and there’s no issue at all between us.” The ‘Tomorrow’ hitmaker added