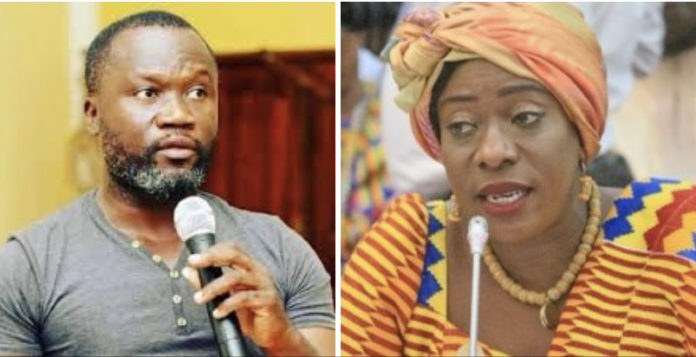 Entertainment critic and movie producer, Ola Michaels says despite his sour relationship with former Tourism and creative arts minister,  Catherine Ablema Afeku, she is the best person for the sector.

Appearing on “Simply Showbiz” on Tv3 hosted by MzGee, the OAP who describes his differences with the former minister as one he has no aspiration of mending, vouched for her competence and prowess.

According to him, although the minister had her flaws, she quickly learned on the job while in office before her exit, citing most of her achievements.

With many names such as Mark Okraku Mantey, Bice Osei Kuffour (Obour), Juliet Asante, Dr. Mohammed Awal and Barbara Oteng Gyasi popping up as possible candidates for the Arts sector, Madam Catherine Afeku, who was unceremoniously removed from the ministry and given some innocuous position at the presidency appears to leading opinion on who is the best fit for  the position.

Ola Michaels has however taken his advocacy a step further by instituting a campaign with the hashtag #bringbackcatherineafeku to pile pressure on the President to re-appoint her to lead the sector.