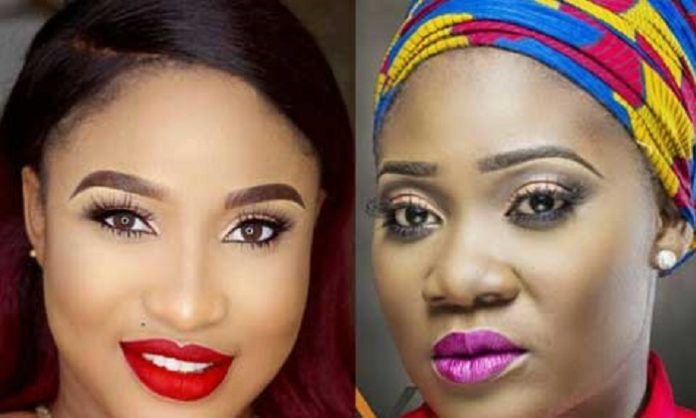 Nigerian actress, Tonto Dikeh has revealed that her previous fight with fellow actress, Mercy Johnson was because she wanted to be like her.

According to the mother of one her fight with Mercy Johnson was childish adding that her rather poor conduct was because she was envious of Mercy Johnson’s success as an actress in Nollywood.

Sharing a throwback photo of them together, Tonto wrote:

“Mercilious mercy.. #TBT
Forget all that small pikin fight we do when we small,I have always been a huge fan..
As a matter of fact that year Na only you I Dey fear to act with becos I know say you got dust me hands down..
Dunno how you do it boo but you are a GREAT ACTOR!!!
Just concerned all those my childish fight as envy because that year Mercy Johnson was all I wanted to be until I realize say to be me better pass!!!
Love you girl @mercyjohnsonokojie #TBT #MERCYJOHNSON #KINGTONTO #HAPPYHEART”

Tonto Dikeh and Mercy Johnson were once sworn enemies after Tonto took to social media to rain insults on Mercy.

Nigerian tech expert dies in his sleep, 7 days after winning...