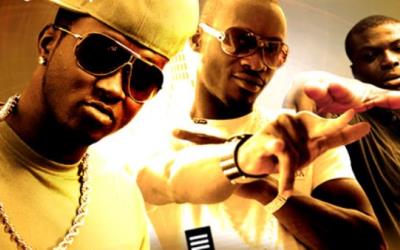 Papi, the leader of the defunct music group 5 Five has detailed what led to the break- up of the multiple hitmaking group which served the nation hot bangers years ago.

Born Luther Azameti, he revealed in an interview with MzGee on Simply Showbiz on TV3 his partners have lost interest in music due to a myriad of problems hence their separation:

“My friends are not enthused about pursuing music again and since I am interested I have to be a solo artist. I started on my own before they joined me to make up the 5five group. So I can reinvent myself and continue my career as a solo artist.”

He added that he is currently working very hard to reach the top as he did with the 5Five group and rather feel like a new artiste who is ready to learn and reinvent himself to dominate the music scene in a few years.

He further admitted that his quest to pursue individual music success, especially as a Ga in a twi dominated industry would be very difficult but he is poised to earn his spot as he is working with Bulldog of Bullhaus Entertainment on this comeback.