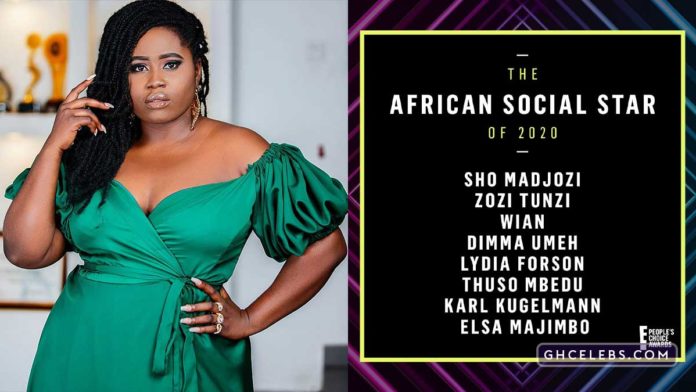 Actress, Lydia Forson has opened up about her state of mind regarding the E! People’s Choice Award for African Social Star award nomination.

According to her, she was surprised when she realized she was in the same category with seven of Africa’s biggest names in the entertainment industry. 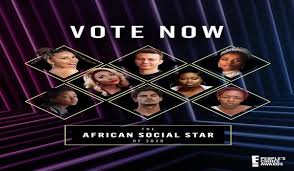 In an interview on Showbiz 927 on 3FM with MzGee, she said, “…we’ve had some interviews we’ve done and we did it on zoom and I saw the other nominees and I was like, oh my goodness, what I am doing here?…“and I just felt so much pressured because it feels like everybody is looking at you to do something but to be honest, when you see the lineup of people, I am just honoured to be there and that in itself is enough for me.”

The actress is also full of gratitude for the overwhelming show of love and support she has received so far.

“…whenever these things happen, and when I hear people say such good things about me, it’s kind of blows me. I don’t think people really understand the kind of person that I am.”

This was after the Managing Director of Multichoice Ghana, Cecil Sunkwa-Mills’ message soliciting support for her was relayed to her.

The E! People’s Choice Awards is expected to be broadcasted on Sunday, November 15, starting with Live From The Red Carpet at midnight and the main event at 02:00 GMT. The event will be repeated the following day on Monday, November 16 at 7:30pm GMT only on E! on DStv channel 124 for fans in Ghana.

Voting lines are already opened until October 23 and one has to visit pca.eonline.com/af or on Twitter, hashtag the name of nominee alongside the award nominated for to vote. Example, #lydiaforson #africasocialmediastar. Fans can vote up to 25 times per day, per category.