Controversial Nigerian singer, Burna Boy has said he feels sorry for Nigerian artistes who sign International deals.
According to the “Ye” hitmaker, his colleagues who jump onto International deals do not know what they are doing.
Several top Nigerian artistes including Wizkid, Davido, Mr. Eazi, Tiwa Savage among others have been lauded for signing distribution and management deals with top music firms in the world.
But Burna Boy is of the view that they are all “international victims” adding that he feels bad for every single one of them.
In a post on Instagram, he stated that he is grateful to his mother who doubles as his manager for ensuring that he never became a “victim”.
See his post below: 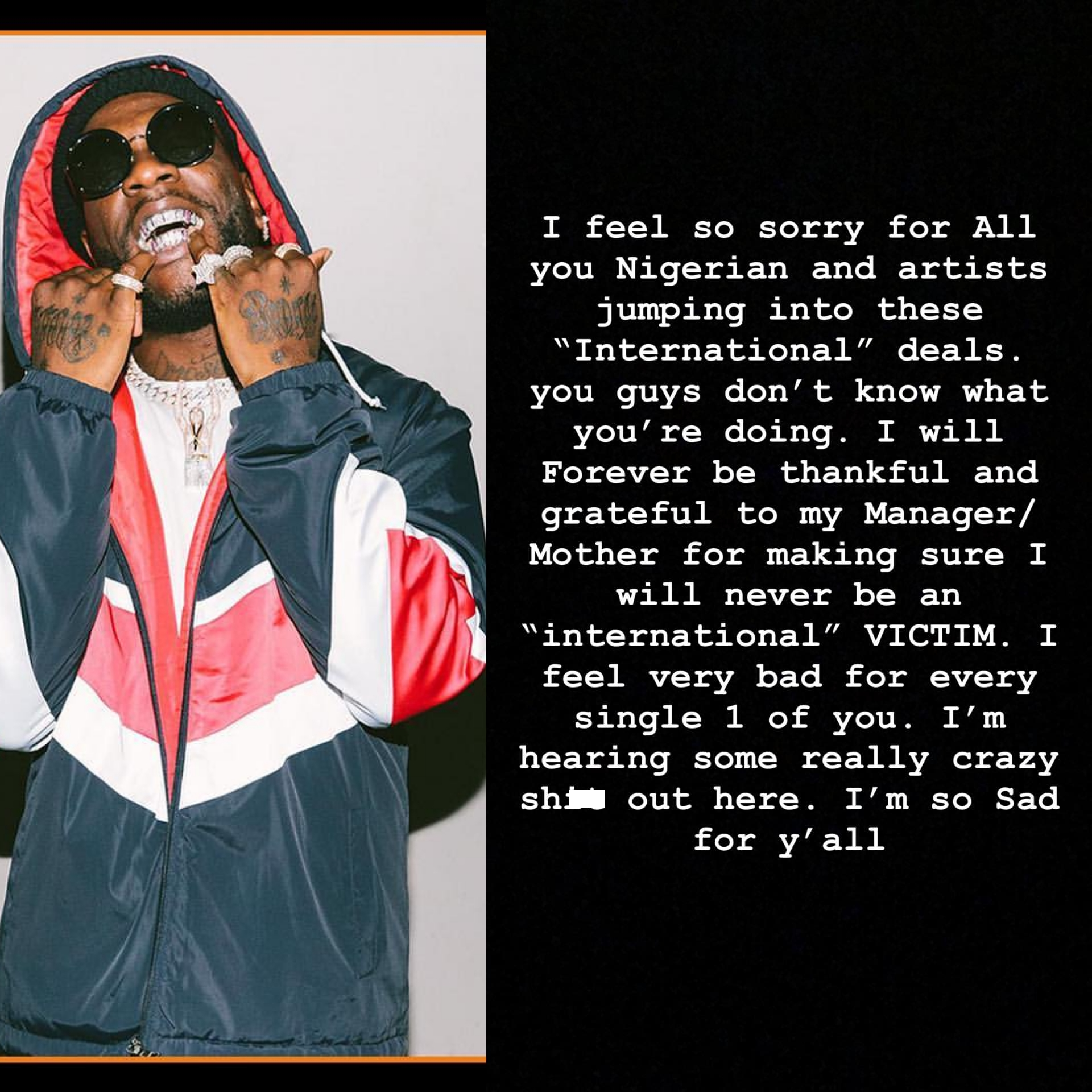