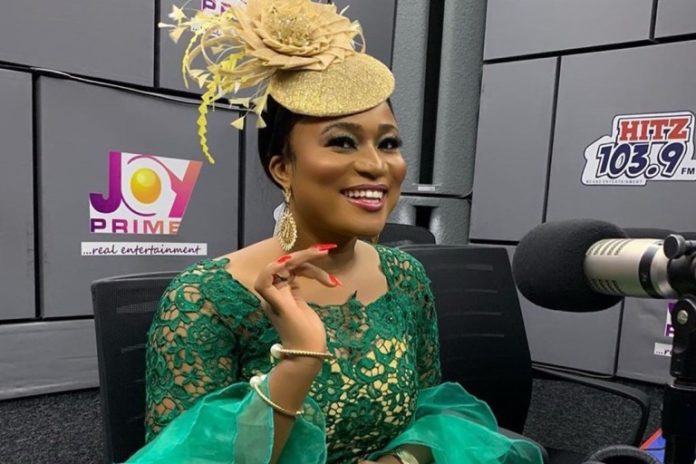 Ghanaian Actress, Christabel Ekeh has disclosed that she strengthened her relationship with God after the death of dancehall singer, Ebony Reigns.

The 28 year old actress explained that she became conscious of her lifestyle after Ebony lost her life in a ghastly accident last year.

Christabel Ekeh who went viral after she released a nude photo online in an interview on Hitz FM stated that she did that out of depression.

The 2008 Miss Malaika 1st runner up said she was shocked by the outrage of Ghanaians after she willingly posted her nude photos on her Instagram page.

‘‘The real thing that was in my mind at that moment was like, why do people see nudity as a big deal? If they know what I have done, the real things I have done is worse than nudity so it is nothing…I felt it was nothing at all…,” she said.

She however conceded that she had regretted her actions and has dedicated her life to serve God and impact the lives of younger ladies positively.

“I think that time I was just being guilty, shamed by the enemy. ‘You are nothing anymore because you are this, you are that’…that is how I felt,” she stated