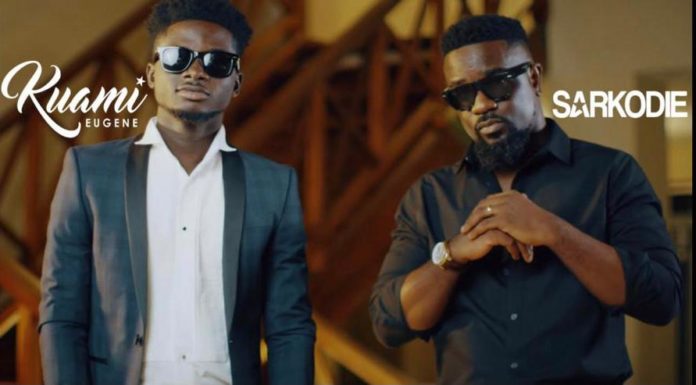 The reigning Vodafone Ghana Music Awards Artiste of the Year Kuami Eugene has expressed his displeasure over Sarkodie’s political endorsement in the newly released song, Happy Day on which he was featured.

This comes after the ‘Open Gate’ hitmaker came under massive criticism for teaming up with Sarkodie to release a song with partisan overtones.

Reacting to the criticisms, Kuami Eugene revealed in an interview with MzGee on Showbuzz that he is not pleased with that verse in the song which seeks to endorse President Akufo Addo and his governing New Patriotic Party as well as the reactions emanating from the public domain because it happened without his knowledge.

“I am not very pleased with the political endorsement in the song, I hate it when details of  something I’m part of is hidden from me,” he said

According to Kuami Eugene, he crafted the chorus out of the verse that was sent to him which did not have the controversial line. He added that he heard the verse which had Sarkodie’s endorsement for the first time during the video shoot.

“I heard the endorsement during the video shoot with the titles of  The battle is the Lord’s and ‘Nana Toaso’ ” he clarified.

He further stated that he then quickly alerted his management to reach out to Sarkcess Music for clarity and he was informed it was not a political song.

” I am not dissatisfied but rather uncomfortable about the outcome of what our creativity has brought about. I won’t trash the song because I know Sarkodie may have his reasons for his endorsing the President.” he explained.