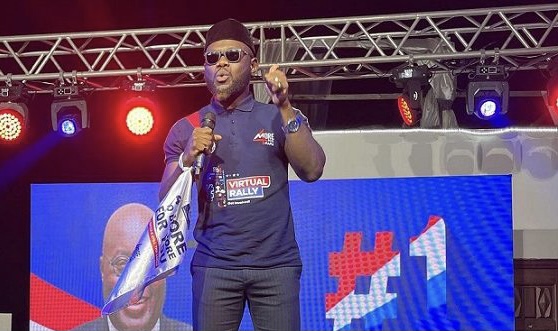 Ghana actor and producer Prince David Osei says he never mentioned any political party during his address at the New Patriotic Party’s prayer meeting contrary to claims he singled out NDC supporters and tagged them as unwise.

According to him he only said he is wise enough to know what is good for him and the country that is why he is supporting the incumbent NPP.

“I never mentioned any political party, all I said was that I am wise, and I know what is good for me and would not support a bad course.” He clarified

In an interview with MzGee on TV3, the actor bemoaned the twist that has been put on his words adding that he has the video evidence to vindicate him.

“The media has a way of projecting news with sweet captions. Can you prove to me where I said other people supporting NDC are not wise? I have the video. People have a way of analyzing things, I never insulted anybody.”

“It was a campaign season and everybody would want to take advantage of things to misquote people, I never said that,” he added.