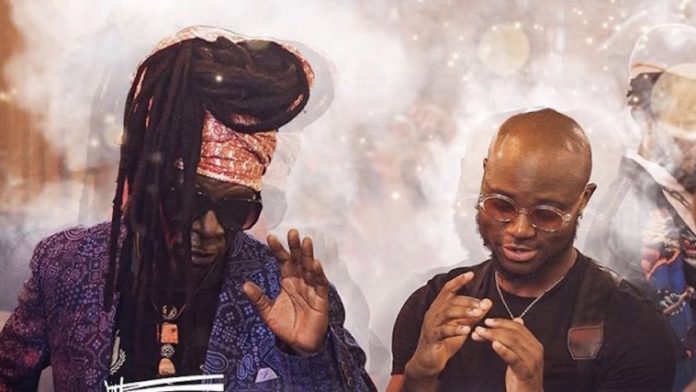 Award winning Ghanaian music star, King Promise has said he never thought he would have the opportunity to work with legendary highlife crooner, Kojo Antwi.

King Promise who has one of the biggest songs at the moment, ‘Bra’ with Kojo Antwi explained it was a blessing to work with the legendary musician.

Speaking at his album listening session, King Promise told MzGee the idea of working with Kojo Antwi never occurred to him because of his legendary status.

” I never thought in forever that I’ll do a song with Kojo Antwi. I love that man so much and its a blessing for me to do what I do. He told me my vibe made him do it and I am just thankful he did it,”. an elated King Promise stated.

He added that although he doesn’t mind others writing for him, he wrote every song on the album himself.