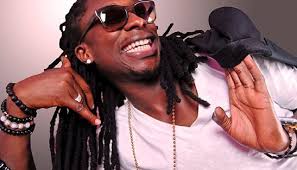 Talented Highlife Musician Kwaissey Pee has been explaining why it appears he is inconsistent when it comes to doing music.

According to him, he has contemplated abandoning music so many times because he is not reaping the benefits of doing music despite being in the industry for over 2 decades.
Born Akwasi Opoku to legendary musician, Agyaaku, Kwaisey played with various bands like Jewel Ackah’s Butterfly Six and Nana Tuffour’s Sikadwa Band.

He went off the music scene for a while but came back to release ‘Mabre’ with Yaa Yaa in December 2018.

Beyond, the profitability of the industry, Kwaissey tells MzGee it has been difficult to produce the kind of songs the current generation likes which is mostly not timeless.
In his interview with MzGee he further revealed his attempts to blend in with the current music trends have not been successful hence his quest to go back to do timeless music. Watch it here