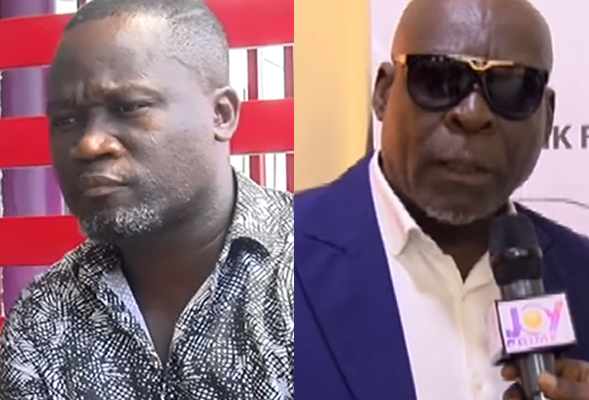 Speaking to MzGee in a conversation on 3FM’s Showbuzz, Ola Micheal explained that there was an agreement between him and the actor which the latter failed to fulfill.

” I don’t owe Kofi Adjorlolo money, I owe him tons of gratitude. If that’s what he wants I can give it to him but in principle I don’t owe him money.Every time we hear complaints in the movie industry, its coming from actors.” Ola noted

Explaining further, the controversial movie producer indicated that: “I contacted Kofi Adjorlolo through my co-producer to come and do a job and he gave us his price. So we agreed that he’ll be paid 50 percent before we shoot and the other 50 after we are done shooting the movie.”

“When we began shooting the movie, he came with an excuse that he’s going for his mother’s funeral but his own colleagues on set told me his mother had died years ago. He then told me it was his aunt and not his real mother and left set before we were done filming. Days after we had wrapped up on set, he called that he was back and he wanted to finish his part and I told him I don’t work that way.” He added

Ola also noted that he had to change his script due to the abrupt absence of the ace actor.