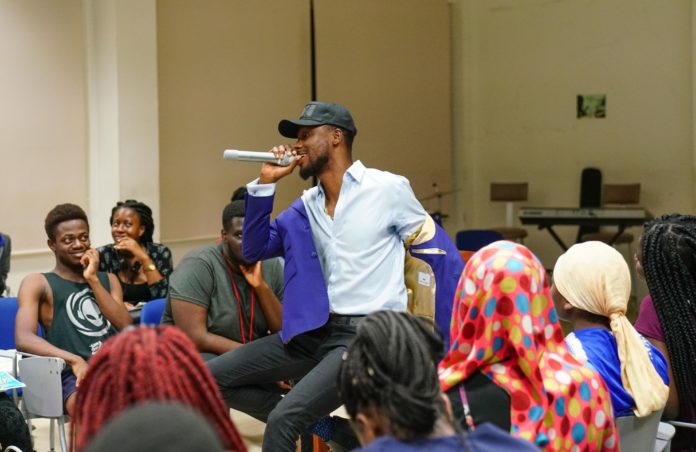 Rapper Elorm Adablah, better known by his stage name E.L has revealed in an interview with MzGee on TV3’s New Day that he values his privacy so much that he sometimes tells his fans he would not budge to their quest to take a picture with him.

Celebrities like him are expected to relate to their fans and the general public in a way that will not create the impression they are disrespecting them.
This has not aways turned out well as  it has been difficult to draw the line between the privacy of the celebrity and the quest by the public for access to them.

Well, the rapper has been sharing how he manages this situation insisting as a star, there are always people around him, and would not give in should a fan intrude on his privacy.

“Many people say I ‘flex’ a lot, that I always avoid people. I don’t always do that, I don’t want to have people in my face all the time so I sometimes tell fans that I am not in the mood for pictures when they approach me. I can’t always take a picture with everybody if a hundred people approach me every day.” he explained.