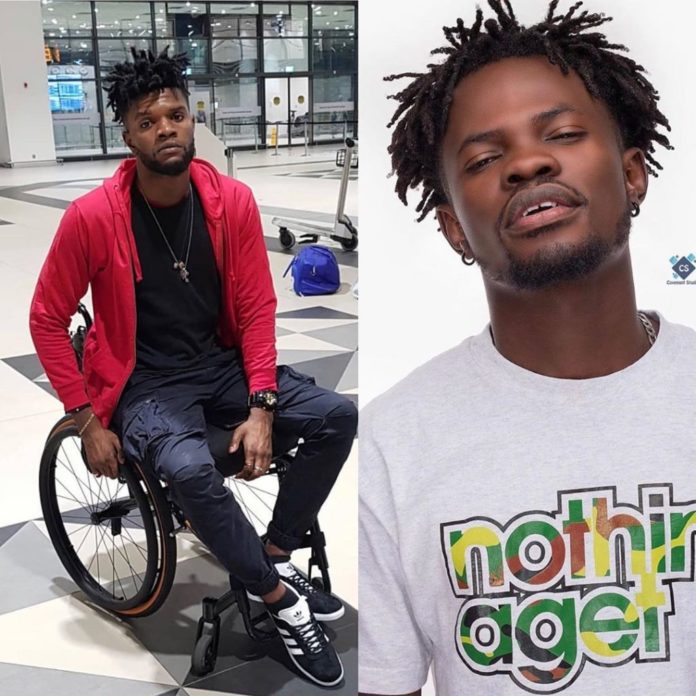 CEO of OGB music, Ogidi Brown has disclosed that he spent 1.2 billion old Ghana cedis on his artiste, Fameye.

According to him, he invested that much in the ‘Nothing I get’ hitmaker because he believed the artiste was humble and had talent.

He told MzGee in a conversation on TV3 that he is not a rich man but his love for music is the reason for his massive investments in artistes.

‘Fameye deceived me after I loved and signed him then he betrayed me. I spent over 1.2 billion old cedis in just a year to invest in his career. I fed him, clothed him and got an apartment for him.” He explained

Ogidi Brown indicated that contrary to widely held view that he is extremely rich, he only invests in music because of his love for the art.

” I don’t have that much money neither am I a billionaire. Its just that music is something I love. I’ve been doing it for over 12 years now. So it came to a point when I realized I could afford a lot of things so I just decided to invest in it because I felt it would turn out good.” He stated

He also spoke about how he feels his disability is a reason people try to take advantage of him.

Ogidi Brown went viral after he presented eggs and Schnapps during the signing ceremony of his new artiste, Cryme Officer.