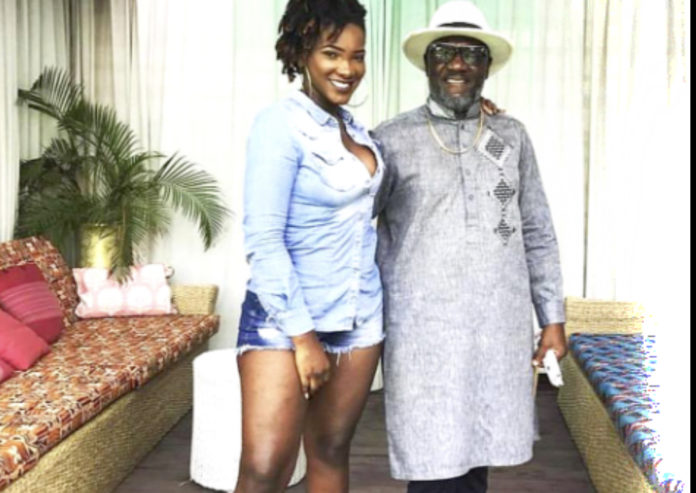 The father of the late dancehall hitmaker Ebony, Mr. Kwarteng says he still has doubts about the actual cause of death of the songstress.

Ebony Reigns was killed in a traffic collision on 8 February 2018 whilst returning from Sunyani to Accra after a visit to her mother. Her assistant and longtime friend Franklina Yaa Nkansah Kuri and soldier Atsu Vondee were also killed in the fatal accident. She died eight days before her 21st birthday.

In an interview on Kingdom fm, Ebony’s father revealed that his suspicions are fuelled by the fact that even though she is supposed to have died in that accident he never saw any bloodstains on her clothes.

“I never saw any bloodstains on Ebony’s dress even though she died of a fatal road accident. I have my doubts about the cause of her passing but nothing could be done now.” He explained

Starboy Kwarteng as he is affectionately called also disclosed that upon inquiring about the cause of her daughter’s death and why there are no bloodstains in her dress, the police officer said her dreadlocks might have absorbed the blood.

“I asked the police officer if it was an accident and he said her dreadlocks might have absorbed all the blood.” He opined.

An explanation which till date does not sit well with him.