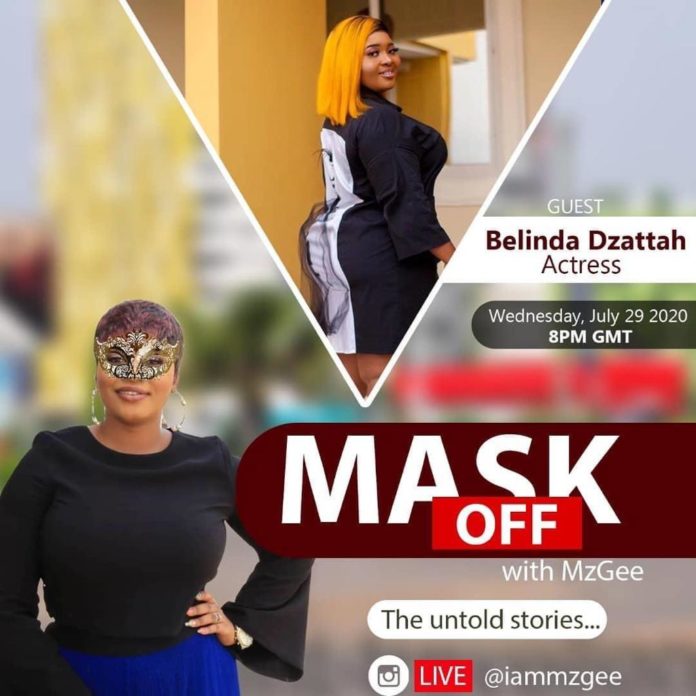 Together with Kweku Elliot, they announced in an interview with MzGee  that they have been dating for about 6 months and that they were madly in love.

Their announcement raised eyebrows and interest with many describing them as a celebrity power couple.

But in an Instagram conversation on the maiden edition of “Mask-Off” with MzGee, Miss Dzattah bared it all clarifying that:

“i was just joking, you should know we were joking, no nothing, it was all jokes, kweku and i nothing, because its not true that’s why i said it, have you seen me post a guy before, do you see me posting, flaunting anybody, oh this is my guy blah blah i don’t do that i dont bring my relationship to the public”

When pressed on whether there was ever a relationship between the two, She emphatically responded in the negative: “Never, ever, noo, never, I swear on the Bible, even the guy i was dating at the time happened to be Kweku’s friend and he understood, he was laughing, he knows”

She also refuted claims that she is backtracking now just because the relationship didn’t go as well as she wanted it to.

“yes i know people still see and go like they don’t believe, i am lying blah blah blah and i am  like ok the harm has already been caused, its showbiz but believe me Kweku and i nothing, we were even laughing about the whole thing when it started trending… i am not lying, i don’t know his house, i don’t even know where he lives, i don’t know anything about Kweku, i only know he is just my friend, he is like my bro”

Well Belinda Dzattah has also revealed that she is ” single” adding that this relationship status “can change the next day” and further dismissed any form of brewing love affair with Mad Fish.