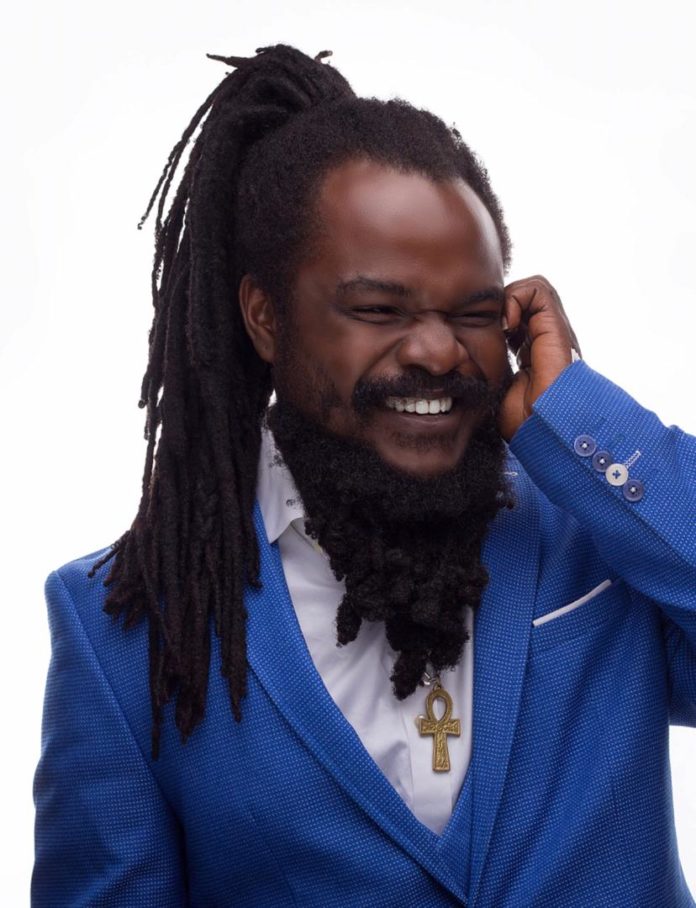 Dancehall artiste, Ras Kuuku has revealed he has plans to grow his beard till it reaches his private parts.

The “Nwansina” hitmaker told MzGee in a conversation on JoyNews that he wants to replicate the biblical Aaron.

” The beard is Ras Kuuku. You can’t take that from me, I wish its up to my private parts like Aaron in the bible whose beard used to cover his private parts. This is who I am. So the moment you touch this one thunder will strike you.” He stated

He also appealed for more support for the Ras Kuuku brand.

“The public needs to support Ras Kuuku because when it comes to music you can’t take Ras Kuuku out. But about two weeks now, I’ve seen the media supporting me at least 80% for now. I give thanks for that but they should give me the rest of 20 so that “Kuntunkununku” will go everywhere.”