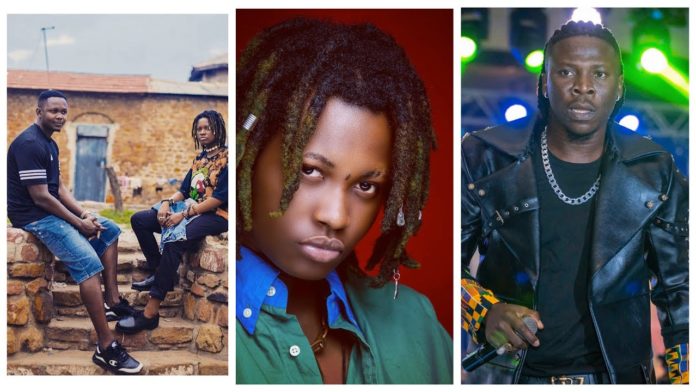 Former Burniton Music Group signee, OV has said she was confused during the brouhaha that happened between her former boss, Stonebwoy and his manager, Blakk Cedi.

The 2018 MTN Hitmaker winner indicated that she was unsure of what to do at the height of the brouhaha between Stonebwoy and Blakk Cedi.

In a conversation with MzGee on 3FM’s Showbiz 927, OV who was reluctant to speak on the issue admitted she was heavily affected by the drama in the BHIM camp.

” It was a confused situation for me. Even though I said once that it didn’t affect me, it did affect me. It got to a point when I was so confused I kept asking myself what I should do.” OV stated

“These people were my family and all of a sudden, my family were having issues and I couldn’t take sides. Stonebwoy signed me and I love him but Blakk Cedi and I go on road most of the time so I didn’t know what I was to do.” She further noted

Christened Barbara Naa Okailey Nyarko, OV who is widely reported to have joined Stonebwoy’s ex-manager Blakk Cedi’s Blakk Arm record label added that: “It was a very confusing time for me and I went through a lot.”

She added that Stonebwoy has kept a good relationship and keeps checking up with her despite the split.

Speaking at a press conference at the Golden Tulip Hotel in Accra on Friday, February 7, Stonebwoy after months of speculations disclosed that he had wanted to keep the news quiet but felt he should let Ghanaians know that OV was no longer a part of the Bhim Camp.