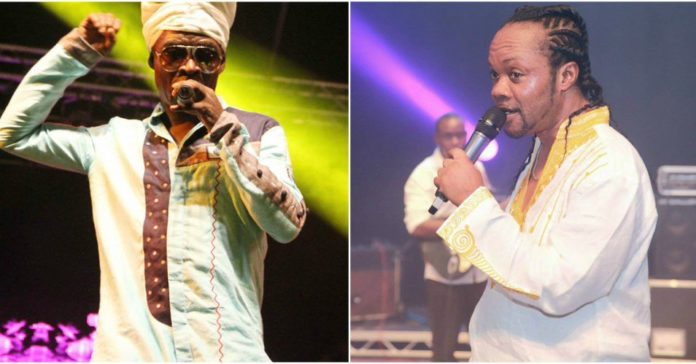 Veteran Highlife musician, Kojo Antwi, has said he won’t allow the media to create any enmity between himself and his colleague musician, Daddy Lumba.

According to the BET nominee, he has had a good relationship with Daddy Lumba in the past two decades which cannot be marred anytime soon.

His comment is as a result of the ongoing debate about who between the two music legends is the best.

In an interview MzGee, Kojo Antwi however conceded that such debates are healthy for the industry.

“I try as much as I can that I don’t allow the media to create some kind of rivalry between us because we have existed in this industry for two decades…It is for the crowd to judge or time will judge us.” the ‘Medofopa’ hitmaker said

“It is good for the industry. I have a lot of respect for Kwadwo Fosu [Lumba], he is a brother, I believe God has a purpose for bringing him here the same time as me. I respect him because with Kwadwo Fosu, Nana Tuffour, Amakye Dede, George Darko we were able to breathe life into Ghanaian music”.