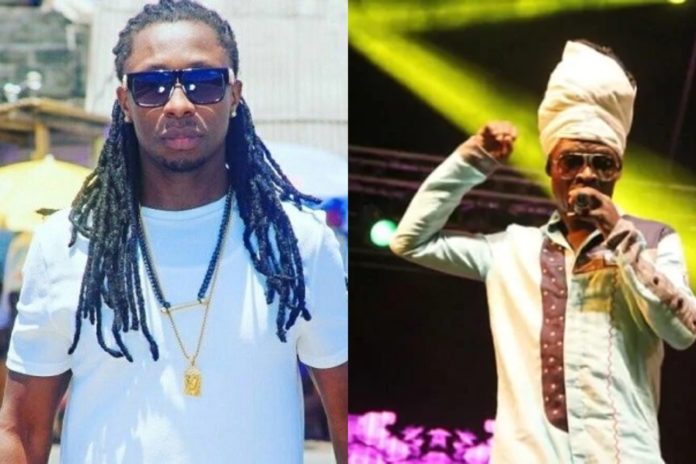 Legendary Ghanaian Highlife musician, Kojo Antwi has said he will not retaliate to Kwaisey Pee’s jabs for his late father’s sake.

According to him, he had a strong relationship with Kwaisey Pee’s father Agyaaku hence his decision to remain mute on the issue.

Kwaisey Pee made a claim that Kojo Antwi keeps denying as his protege despite serving him judiciously for 3 years in the late 90s.

Speaking on Onua FM, the music maestro said he has vowed not to spek to the allegations because of the mentoring he received from Kwaisey Pee’s father.

” Some unpleasant issues are going round on social media and I wouldn’t want to give it flesh. As I was on my way here, I was called that he has also said certain things against me. I made a vow that because of Kwaisey Pee’s father, Agyaaku, I won’t say anything.” He added

“Agyaaku taught me valuable lessons in life and for that reason, I won’t say a work against his child. The boy can go around and say what he likes, I’m above that.” He stated