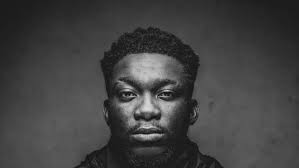 Budding Ghanaian musician, Yaw Black is hopeful of collaborating with Takoradi-based singer, Kofi Kinaata, and Nigeria’s Mr. Eazi, on a song in the nearest future.

He explains that it is the reason for which he is diverse in the kind of language he employs in his music.

The TV3 Mentor Reloaded Finalist, speaking to Mzgee on Monday morning was optimistic that his nature of music will cross markets.

“What we’ve been doing is trying to build something that will be solid. Yaw Black is just the face of the brand for the whole team because we have other creatives For now, no one is getting paid because we’re trying to build something together. It’s not going to be for just me if it blows out, it’s going to be for the whole team and everyone involved…if you check, there’s a bit of Nigerian vibe and all of that because we don’t want to target just the Ghanaian market, we want to go across borders and go international as well as get more bigger features.

When asked which musicians were his targets for a feature, Yaw Black mentioned Mr. Eazi and Kofi Kinaata.

He added that efforts were being made to reach out to them for the reality of his dreams.

“For now, the two main features I’d die for is one with Mr. Eazi and Kofi Kinaata,” he mentioned

Meanwhile, Yaw Black is calling for more support for up and coming musicians.

He wants systems to be put in place to help promote the music of budding musicians in the country.

“Getting airplay as an upcoming and rising star is quite difficult in Ghana. Getting DJ’s to rotate your song and getting your videos out there is quite difficult and very expensive too. So, if any system could be put in place to help upcomers, and put their music out there, get more people to listen to it, I think it will be great.