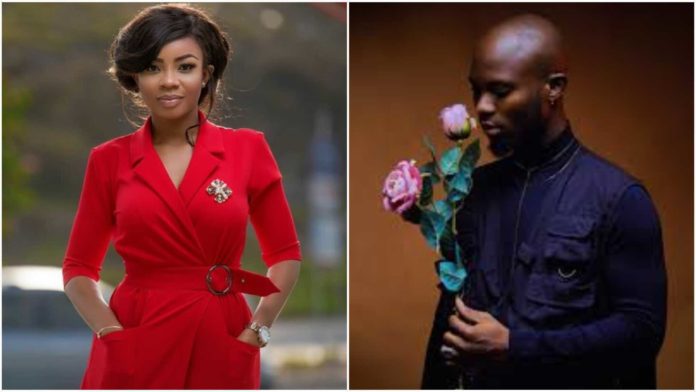 GhOne newscaster, Serwaa Amihere has finally reacted to rumours that she is in a secret relationship with singer, King Promise.

The sultry political talk show host has said the speculations are just rumours hence they must be ignored.

Serwaa left many suggesting that the rumour of her relationship with the ‘Selfish’ hitmaker was true when she attended his album listening session last week.

The album listening session which was held on July 3 was an exclusive event attended by selected industry players, musicians and friends of the singer.

When asked by MzGee if her presence at the event confirms the rumour, the 2018 RTP Newscaster of the year said: “Ignore it, Ignore it. I’m just here to support. I was invited so I came to support that’s all”.

Apart from the already released songs such as CCTV, Abena, Bra and Tokyo, fans are expected to enjoy some fresh tunes on the album.