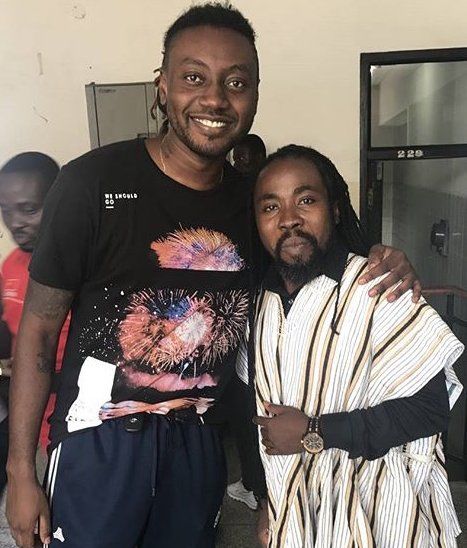 Pappy Kojo has disclosed that ill health on the part of legendary rapper, Obrafour stalled a collaboration between them.

The Ghanaian Hiphop star indicated that he was told the ‘Pae Mu Ka’ hitmaker was unwell when he expressed his readiness to work with Obrafour.

He told MzGee in a conversation that, he has not given up on the collaboration yet explaining that he respects the privacy of Obrafour hence not pushing for it.

” The time that I really worked with him, I learnt that he wasn’t feeling well. I think that he’s a very preserved person and likes to keep to himself and wants his own privacy so certain things I just don’t want to talk about it.” He noted

Adding that: “If Obrafour is not ready, you can’t force Obrafour because that’s Obrafour. So when I found out he wasn’t well, I stopped pushing so if anything I’ll go through Hammar.”

Pappy also revealed that his type of genre is best described as Afro rap.