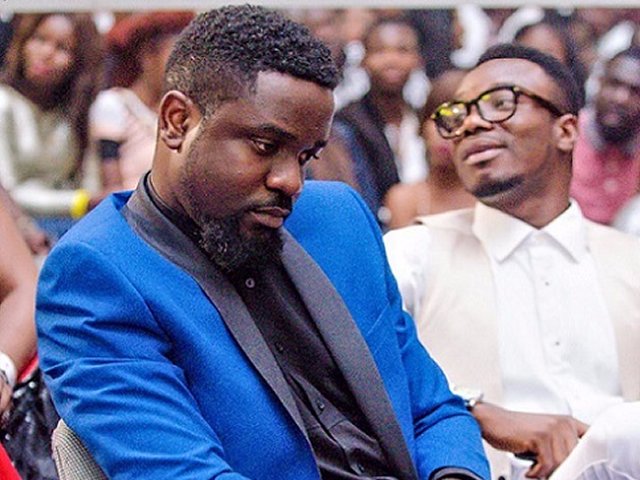 Ghana’s most decorated rapper, Sarkodie has explained reasons he is yet to release any song against the governing New Patriotic Party (NPP).

According to the ‘Advice’ rapper, he is frustrated from doing music against political parties which doesn’t inspire change from the leaders.

Sarkodie has been accused by section of the public of being a sympathizer of the NPP hence his silence despite complaints of economic hardship in the country.

Sarkodie in 2015 released 2 songs titled ” Masses” and “Inflation” which lamented over the hardship in the country at that time.

In response to his silence, the two time VGMA Artiste of the Year in a lengthy Facebook post explained that he is tired of repeating himself.

He wrote: “So question why can’t I mention any brand in peace ??? Any time I try it “Sark be that he collect”

like why y’all don’t trust me one bit ?Even got friends in political parties but can’t even give shouts or take pics with them … I’m not for parties I support good individuals …

“Reason I don’t follow our political parties: I think as soon as they get in power, they change! Personal gains become the order of the day … No one is ready to sacrifice long term for the people and it’s Sad.

“People keep asking ? Sark why you not talking about the economy? You are NPP right … No!!! I’m not but sometimes it gets frustrating repeating same things you say but I have a better route to go about it … and plus those songs came to me I didn’t force them.

🏾 few days ago and I was amazed!!!! So I didn’t know he offered to solve Dumsor … Before y’all come at me with y’all comment, why are we (the government x the people) not giving him the chance to ??

“We all guilty… Way forward… the next generation should think different
My mum plus my aunts are of the old school… there’s nothing you can say to them to change their minds about their party but we the young ones should think different! We must question… The power is in our hands.
I just want everyone to be ok at least with the basics