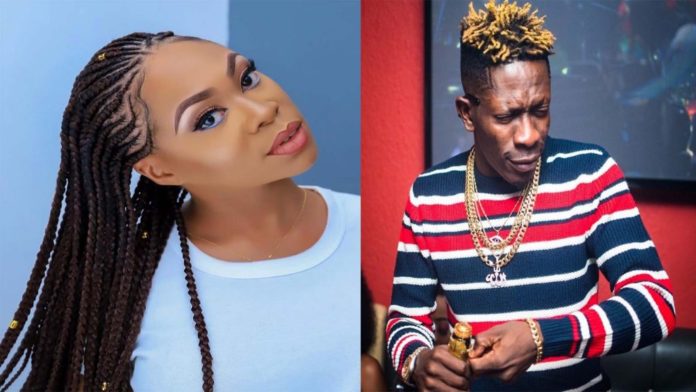 Singer turned entrepreneur, Diamond Michelle Gbagonah, widely known as Michy has said she is grateful to her baby daddy, Shatta Wale for donating his sperms to her.

According to her, she appreciates the ‘Melissa’ hitmaker’s contribution in giving her a son but she is capable of catering for her child.

Michy said this in an interview on EWITHBECKS on Joyprime while addressing claims by her former fiance that she is refusing to take help from him.

” I’m grateful for the sperms. I’ll take care of my child and I’m not complaining. I’m really not complaining because if I need help, I’ll ask for it.” She noted

Michy further slammed Shatta Wale for extending his support to them via social media.

She added that: “If he really wants to support me and his son, he has my account number because we bank with the same person at the same bank.”

Michy added that she is in a good place in her life hence does not want to dwell on negativity.