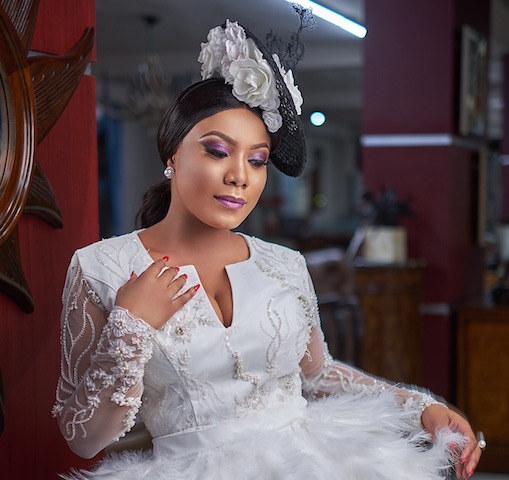 Actress, Lydia Zynell Zuh has revealed she is in a serious relationship.

The Ghanaian fashionista made this known to MzGee at the wedding ceremony of celebrity couple, Victoria Lebene and Eugene Osafo Nkansah.

According to the actress, she’s been secretly dating for the past three years and may walk down the aisle soon.

The 33 year old movie star disclosed this information to MzGee to answer how she prefers to keep her relationship.

“It depends on the person. If this works for them why not. Nobody even knows who I’m dating but I’ve been dating someone seriously for three years” She said.

Asked if there’ll be an invitation to a wedding she answred in the affirmative amidst giggling, “Yes. Very soon”

On the secret relationship of Eugene and Victoria, Zynell said she was pleasantly taken by surprise.

“I’ve never suspected them (Lebene and Eugene). This comes as a huge surprise to me but I’m happy for them”.

Zynell made her first on-screen appearance in the TV series ‘Sticking to the Promise’ by Point Blank Media.

Zynnell Zuh has starred in movies like When Loves Comes Around, Love Regardless, Single Six, Adams Apples, Seduction and Hire A Man.

As a producer, she has three movies to her credit, When Loves Comes Around, Love Regardless and Anniversary through her production house, Box Pictures.