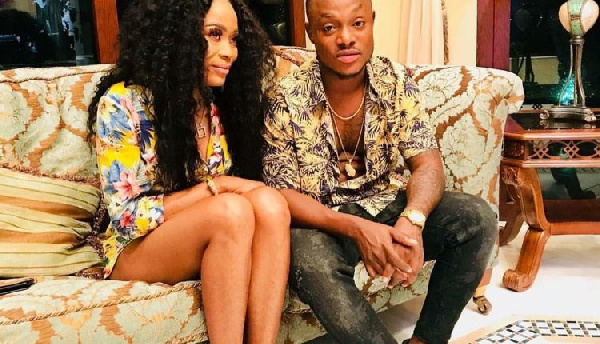 Keche Andrew says that he has no problem with his wife, Joana Gyan, who doubles as his manager, sharing the spotlight with the group.

He thinks it’s beautiful that the attention of Ghanaians are now more on Joana Gyan, and not Keche as a musical group!

In an interview with MzGee on TV3 New Day, he said that Joana was his wife and very much involved in his musical career, thus, very necessary that they walked side by side.

He says that the brand Keche is huge and anyone who gets close to the brand is sure to be in the spotlight.

Meanwhile, his colleague, Keche Joshua, has discounted claims that he has been sidelined since the marriage of Keche Andrew and Joana Gyan.

He says that it has never been the case.