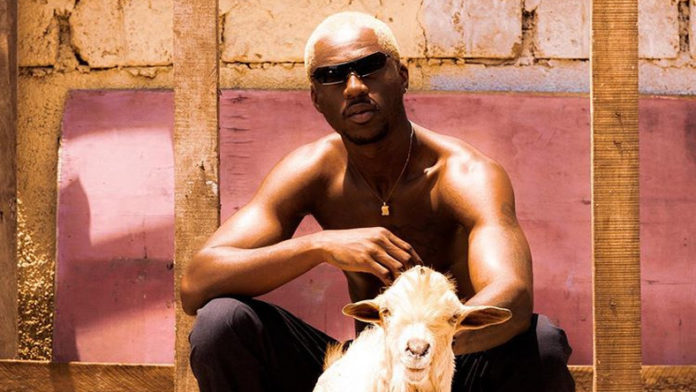 Joey B has said he is in searching of a girlfriend for his goat pet who he has named Albert Nyarko.

The ‘La Farmiliar’ crooner indicated that he already has a name for the girlfriend of the goat.

Joey B who shocked fans after he appeared at the 4Syte Music Video Awards with a goat to perform said the tag began when some fans inferred he had called himself goat in one of his songs.

Speaking to Giovanni and Berla Mundi on 3FM, Joey disclosed that he is ready to make the goat his official pet.

” I’ve spoken to the owner of the goat and he said he’ll take GHC400.00 for the goat. But I’ve already given it a name as Albert Nyarko. I want to treat it as a human being so I want it to be in a relationship. I’ll call his girlfriend Magdalene Anim.” He revealed

He added that he has been encouraged by media personality, Sister Deborah to cash in on the trend he has started.

“Sister Deborah too said I should start a goat farm. But I figure I won’t have time for that so I’ll just hire someone to take care of that for me. Goats are quite expensive these days so I’m sure it’ll be lucrative.”  The ‘Tonga’ hitmaker added