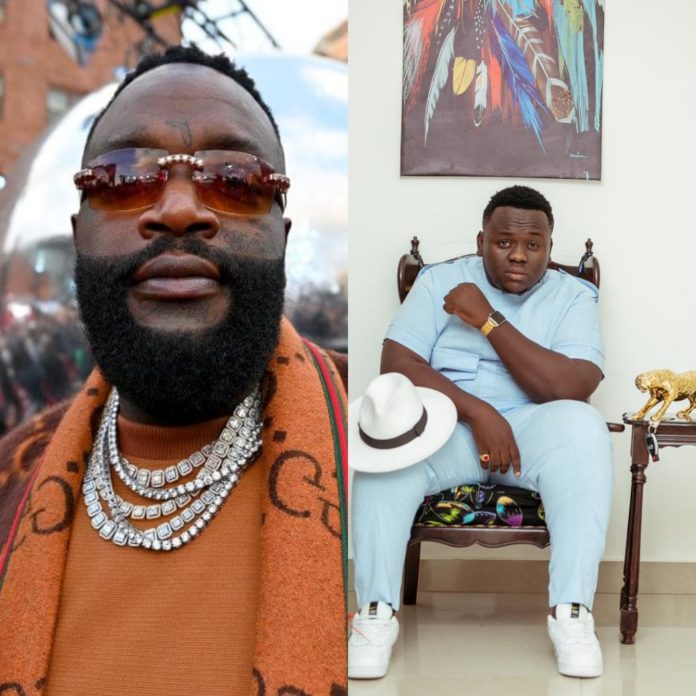 Ghanaian rapper CJ Biggerman has said he is the first African to be followed on Twitter by American rap mogul, Rick Ross.

According to him, although the Maybach Music Group CEO has collaborated with defunct Nigerian music duo, P Square in the past he does not follow them on Twitter.

In a conversation with MzGee on TV3’s New Day, CJ Biggerman indicated that he has been chatting Rick Ross in the DMs often these days.

“I’m the first African he is actually following on Twitter so I’m in contact with him and we chat, DM each other and all of that. If any good thing comes out of it, everyone will hear about it.” He stated

On whether he will push for a collaboration with the American rapper, CJ responded that although he is open for such opportunity, he will not ask for it, saying, “I’ve done what I’m supposed to do. The principle I always live by is No expectations no disappointments”.

CJ Biggerman also appealed to Ghanaians to focus on his talent.

“For now, I want people to appreciate what CJ Biggerman has and what Rick Ross saw in me in that 5 minutes that I barged in on him at the hotel. I want Ghanaians to see that too”.

CJ Biggerman who has struggled for the spot light for years now won the hearts of Ghanaians after he boldly burst into rap when he saw the business mogul walk into the hotel on his arrival in the country.