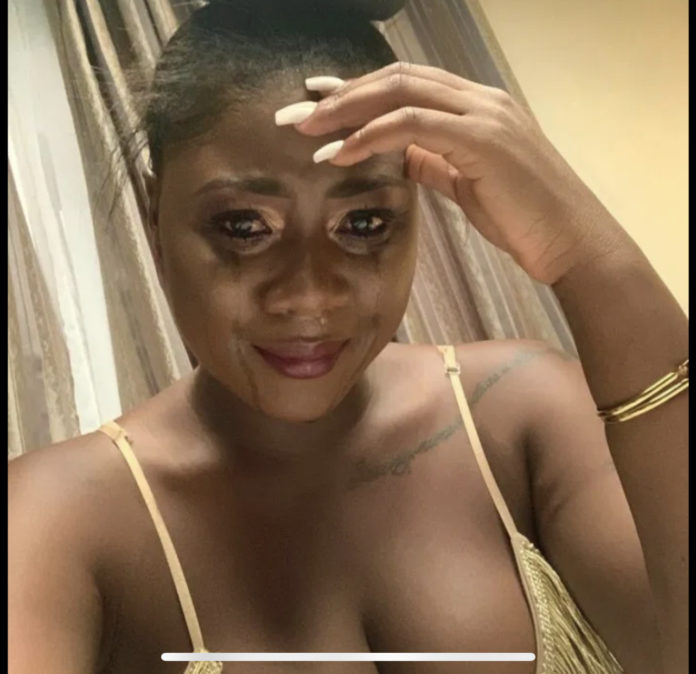 Actress Salma Mumin has explained she never intended to run down mobile telephony company MTN with her claim that more than ¢10,000 was “taken” from her Mobile Money (MoMo) account without her knowledge.

In an initial post she claimed that it was MTN staff who were behind the theft and called on the company to look into the issue.

Her post, which was deleted later, garnered a lot of support from other celebrities.

However, on Friday, October 23, 2020, MTN responded to Salma’s claims saying they were false.

In an Instagram post she apologized in response to a rejoinder from the telecom company which threatened legal actions against her if she did not retract and apologise within 24 hours.

Describing her conduct as “childish” she stated on UTV that it was out of frustration that she made the claim.
She also dismissed claims that she made up the complaint insisting she “had an actual problem” and  “was just a worried customer”.
She also explained she issued the apology because her lawyer advised it was the right thing to do since she mentioned 10,000 cedis in her post instead of the actual amount which was a little over 7000 cedis.
She further clarified this difference arose out of the fact that she was not sure of the amount in her account and resorted to mentioning an estimate.
She then repeated her apology to MTN adding that she has no ill-will towards them:
“ may be it was childish of me to have gone out! It was frustrating, it wasnt personal if i did anything that affected their brand i apologise”.