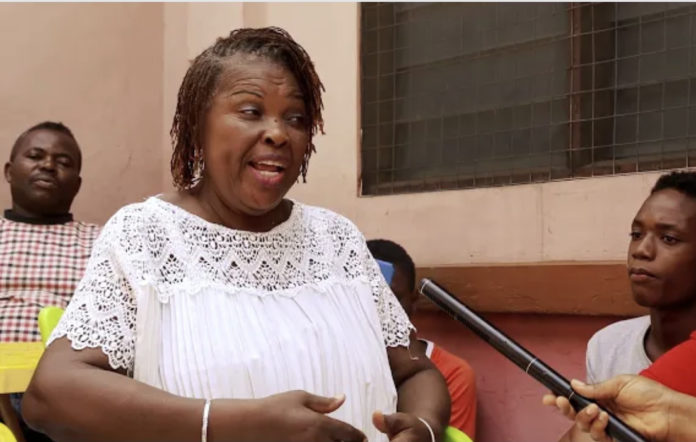 Veteran Ghanaian actress, Monica Quarcoopome says despite her many tears of stardom it has not reflected in her standard of living.
The actress who was popular for her “vicious” roles back in the 90s and early 2000s despite explained despite starring in big movie productions as well as working with top-notch moviemakers such as GAMA Films, H.M Films, Harry Laud among others claims she has nothing to show for it.

In an interview with MzGee, after presenting to her some items in conjunction with Wilmar Africa Limited as part of her charity project, the once celebrated actress said her life is the exact opposite of a star’s as she had to hide at a point in time to board trotro [a public mini-bus] until recently hail taxis such Uber and Yango came to salvage the situation.

“…this is my father’s house and I stay here with my family. You can imagine a star like me who should have been in my own house with my own car but I still take ‘trotro’. It’s sad as sometimes I have to hide myself to board trotro but thank God for Uber, Yango and the others yet some of my colleagues in Nigeria have people buy cars for them and they live well.”

She cites the late actor, MacJordan Amartey popularly known as Sugar Daddy as a beneficiary of a goodwill of his church member who decided to gift him a car to aid in his transportation when he was alive and had transportation challenges.
She then pleaded with Ghanaians to remember veterans who once entertained them and currently are struggling.