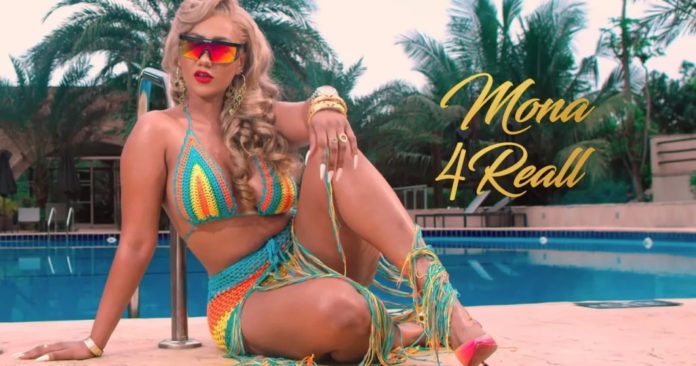 Ghanaian socialite Mona Montrage, popularly known as Hajia4Real has revealed she has hired a voice trainer to help her improve her vocal cords following massive disapproval of her recently released debut single.

The Famous Ghanaian video vixen released her first song called “Badder Than” along with a video on Friday, November 27, 2020. The hugely successful socialite, had by this added to her portfolio a bourgeoning career in music.
She however became the butt of many jokes after the release of this song with many flocking social media with comments suggesting singing is really not her calling.
Others, also compared her satirically to an equally mocked singer Emelia Brobbey.
Well, Hajia4reall says she has taken the feedback in good stride and is promising to do better.
Speaking on UTV she explained she has not only built a studio for regular practice she has also hired a voice trainer to improve her singing.
“Ive hired a voice trainer…i have a studio and i am working everyday to give you more”.
To those who expected her to be discouraged and give up she has bad news for them as she is promising to bounce back with more music.