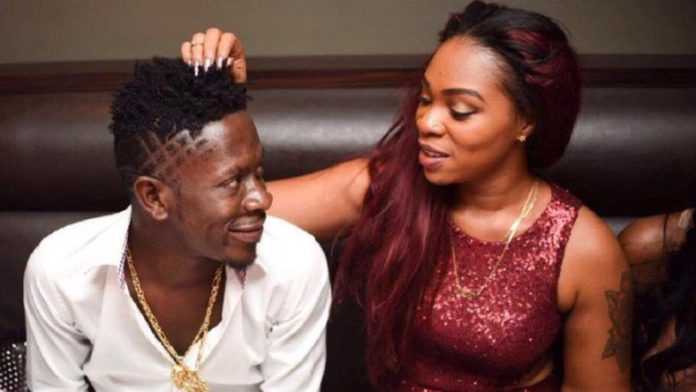 Dancehall artiste, Shatta wale has insisted he has never laid a finger on his ex girlfriend, Shatta Michy.

The controversial zylofon music signee stated that contrary to allegations levelled against him by his baby mama, he is incapable of beating a woman.

Speaking in an interview with George Quaye on Joy FM, the ‘Gringo’ hitmaker explained that his personality on social media is far different from what he exhibits at home.

He added that, “I can’t fight a woman” and that even at home he is a woman. “I’m called Obaa Yaa.”

Shatta Wale explained that his wish was to elevate Shatta Michy from a random girl to a corporate woman but to no avail.

“You see sometimes we give certain people the chance in the industry and they become stars.”

“My relationship with Shatta Michy was looking so nice in everybody’s eyes but sometimes people should also watch me from afar and see if I’m going down or I’m moving up with this Shatta Michy issue,” he said.

“…because there are some intelligent women when they see their man like me working hard and moving forward in life they wouldn’t listen to no friend,” he noted.

“You see…it’s her birthday today and she is having a party in a club, a woman I wanted to put in the corporate world…,” he added.