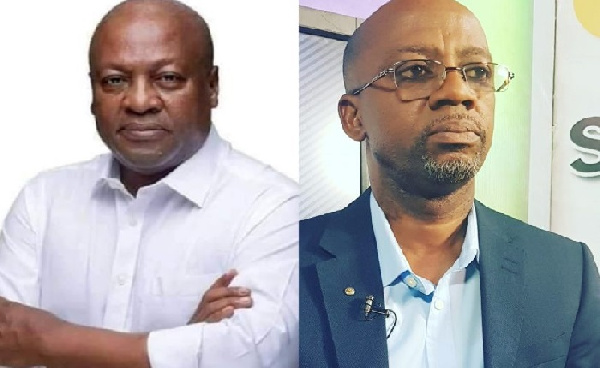 The Chairman of Ghana Music Rights Organization, Rex Omar has refuted claims that, like others, he also composed a song for the opposition National Democratic Congress (NDC) for financial gain.

Over 30 celebrities and creative people have so far endorsed the current government with some, including Samini, even composing songs for the governing NPP.

This has raised questions about the motive of these celebrities as some claim they are purely in it to get money.

One person who is often referenced to balance the scales when it comes to celebrity endorsements for the NDC is Rex Omar.

Well, in an interview with MzGee on 3fm’s Showbuzz, he clarified that, unlike others, he had no financial motive for producing the song for the opposition party.

” I am a card bearing member of the NDC and not just any celebrity wanting to join the campaign for their gains. And besides, I am a politician and a musician. I’ve been with the NDC since 1992, I joined active politics for the betterment of the creative industry. And as a musician, I’ve not earned anything from my party for composing a song for them, I am a party member and it’s my duty to do that”.

On the impact of active partisan politics on his career, the NDC creative arts spokesperson is unperturbed by the deals he has lost.

“My career would not be affected by my joining the NDC, although I’ve lost deals and shows, I’m not worried about that, the nation has not matured enough to understand. We would surely get to an era where we would appreciate it.” He explained.