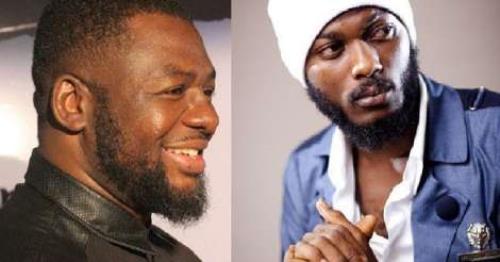 Artiste Manager Lawrence Nana Asiamah Hanson popularly known as Bulldog is accusing Dancehall musician Iwan of being the cause of his own miseries in the music industry.
Iwan has had cause in times past to accuse Bulldog of “killing his career”.
But Speaking to MzGee on 3fm, Bulldog who was the manager of Iwan explained that almost all the career projecting deals he brought to the musician were rejected for reasons best known to Iwan.
He, for example, cited his attempt to get Iwan to do a collaboration with celebrated Nigerian musician 2face which fell-through due to Iwan’s obstinate nature.

“As an artist manager, I’ve worked hard in projecting Iwan’s brand but he blocked his chances of being an iconic artist. I brought him a lot of deals which could have catapulted him to higher heights but he bluntly rejected them.”  He bemoaned

He also dismissed as untrue claims that he continues to receive royalties from Iwan’s music.

According to Bulldog no such thing is happening despite the massive investments he made into Iwan’s career.