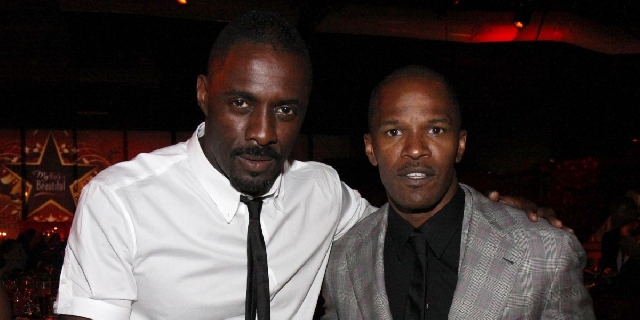 Jamie Foxx goes after what he wants, at any cost.

During a recent interview at the Toronto International Film Festival alongside Michael B. Jordan, the Oscar-winning actor revealed that he was determined to score the lead role in 2012’s Django Unchained, by any means necessary.

In fact, he was even willing to sabotage another actor’s chances.

Once he learned that Idris Elba was among the actors being considered for the same role, Foxx admitted that he personally took the time to urge the British star to turn it down.

During the interview, Foxx told the audience that, according to his management, he was not on the shortlist of actors to land the role of Django.

This is when the actor decided to take matters into his own hands and try to dissuade Elba, who was a favourite to land the role at the time (after Will Smith turned it down), from accepting the gig. Foxx’s strategy was simple: Convince the Hobbs & Shaw star that he was too attractive.

“I heard that Will Smith was going to play [Django], and I was like, ‘Will, if you [take it], you won’t be able to walk the planet Earth.’He decided not to,” Foxx said.

“Then I heard it was Idris Elba, and I ran into him… And I said, ‘I don’t give a f**k, but your beautiful Black a*s riding up on a horse, there’s going to be some problems for everybody,'” he joked.

Ultimately, the film’s director, Quentin Tarantino, chose to cut Elba from the shortlist because he thought it would not make sense to cast a British actor in the lead role for “an American story.”

“Yeah, Idris is British, and this is an American story,” Tarantino told The Sun in 2013.

“I think a problem with a lot of movies that deal with this issue is they cast British actors to play the Southerners, and it goes a long way to distancing the movie. They put on their gargoyle masks and they do their accents and you are not telling an American story anymore.”