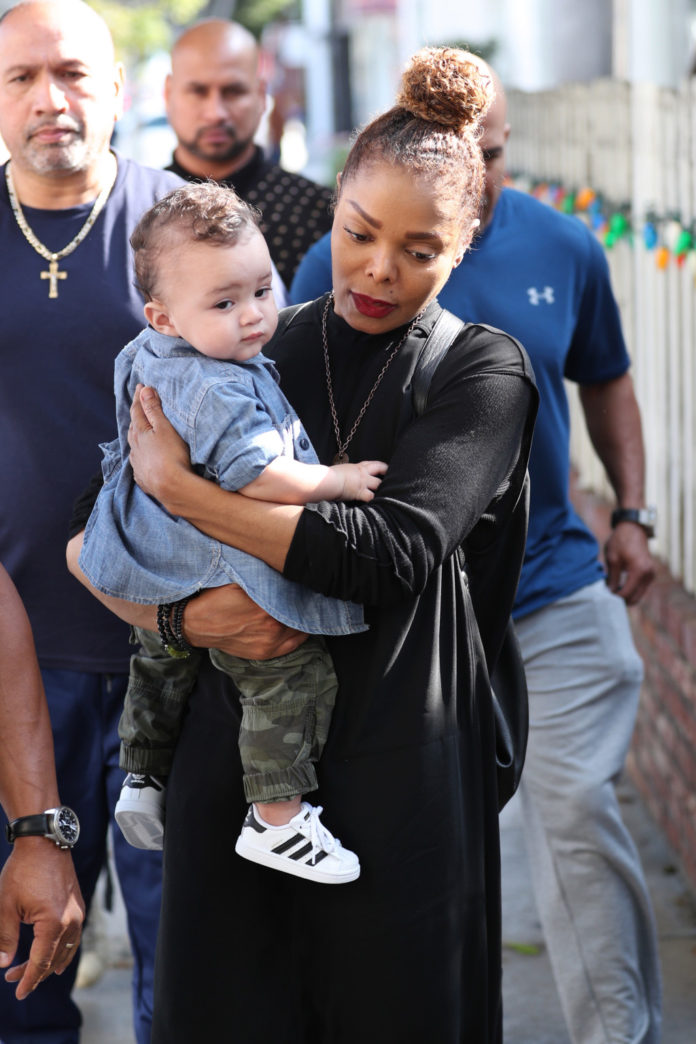 The 53-year-old singer has two-year-old Eissa with ex-husband Wissam Al Mana, and though she loves being a parent, she wishes she had more opportunities to rest.

She said: ”’It’s very tiring. You never get enough sleep.”

The ‘Together Again’ hitmaker has chosen not to get help from a nanny as neither her mother or grandmother relied on outside help, but she expects that to change in the future.

”I’m sure I will need someone in the future for some help here and there, but I don’t have anyone, and I love it.”

Although her son is only two, Eissa is already showing signs in following in the footsteps of his musical family and refuses to be parted from his beloved violin, an instrument he chose to learn for himself.

Janet recently said: ”He kept taking his drum stick and running it across his guitar. I thought, ‘Why is he playing it like a cello?’

“He went into his room and got a figurine of a violin and brought it to me. Then he grabbed his drumstick and guitar and kept going.

”So I came home with a toy violin, showed him one time how to hold it and that was it. Then I bought him a real violin and he got so excited. He sleeps with it. He eats breakfast, lunch and dinner with it.

”I show him little kids playing violin on the iPad, then he was finding them himself, all these child prodigies. He creates melodies.”