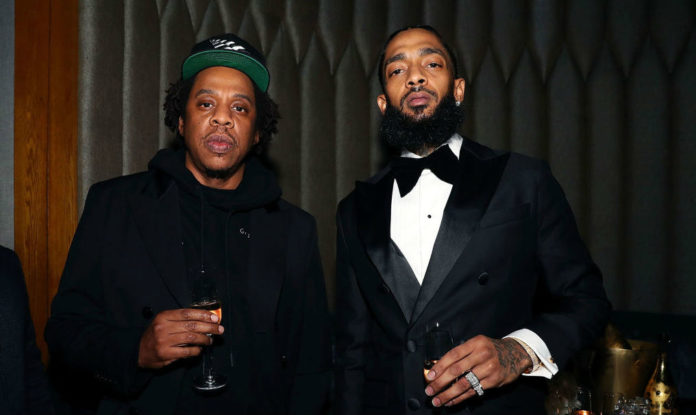 The news surfaced on Wednesday evening that the trust fund has been set up on behalf of ROC Nation/Jay-Z for the two children the rapper left behind following his murder.

Nipsey Hussle whose real name is Ermias Joseph Asghedom was one of three men shot outside his clothing store on Sunday.

He was pronounced dead at the hospital, while the other two men were in stable condition.