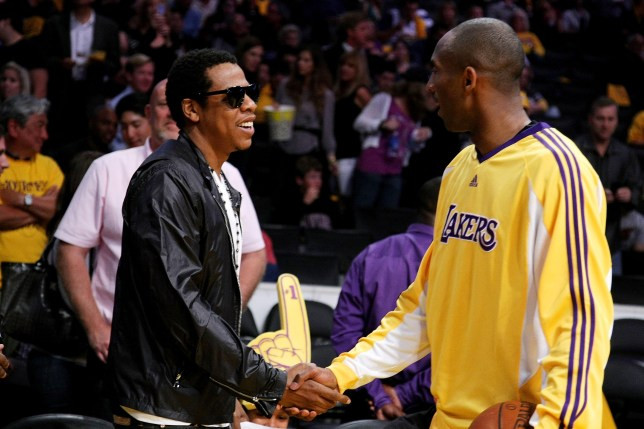 Hip hop mogul, Jay-Z has revealed one of the last things Kobe Bryant said to him before his tragic passing in a helicopter crash.

Speaking to students at Columbia University on Tuesday, Jay-Z, spoke about his sports agency and his relationship with Kobe Bryan

When asked about his relationship with Kobe Bryant, Jay-Z took a pause to compose his thoughts, and then began with , ‘Kobe was a guy that looked up to me and we’ve hung out multiple times.’

‘He was last at my house on New Year’s and he was just in the greatest space that I’ve seen him in,’ the rapper continued.

‘One of the last things he said to me was, “You’ve gotta see Gianna play basketball,”‘ Jay-Z said, referring to his 13-year-old daughter who died in the crash with Kobe.

‘That was one of the most hurtful things, because he was so proud, and the look on his face was… I looked at him and said, “Oh she’s going to be the best female basketball player in the world.”‘

The Tidal founder added that Bryant was, ‘just so proud at what he said,’ and that he and his wife Beyonce have taken the loss of Kobe and Gianna, ‘really tough.’

‘That’s all I’ll say on that. He was just a great human being and was in a great space in his life,’Jay-Z concluded.

Bryant whose death sent shockwaves throughout the world, left behind his wife of 18 years, Vanessa, and three other daughters, Natalia, 17, Bianka, 3, and Capri, seven months.